Donations ensure the sustainability and flourishing of our Centre.
Please give what you can.

May there be peace, harmony and loving kindness around the world; And may our activities benefit all beings, and protect the planet.

Return of all our activities only on Zoom, for at least the month of January. 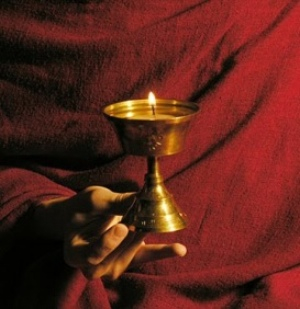 While offering a candle or a lamp, we aspire to shine the light on our inner wisdom, clear the darkness of ignorance and remind ourselves of the clear path to living each day to create a life of peace.

Please have a candle to light and hold while chanting the traditional ritual for the light offering. A battery candle or small lamp is also appropriate. 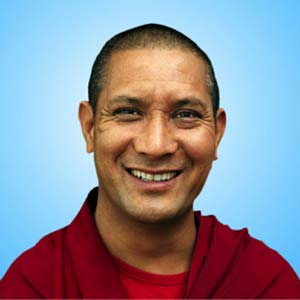 Teaching and Meditation
The Noble Eightfold Path
The eight supports of the Buddhist spiritual path.

with the Venerable Lama Sonam Rabgye

The wheel of dharma, with its eight spokes, symbolizes the path to liberation and is connected to the first historical teaching of Buddha Shakyamuni on the Four Noble Truths. The eight branches allow one to develop an understanding of the ultimate reality and to walk towards final awakening. All branches apply in our daily and spiritual life. They mainly deal with Ethics, Meditation and Wisdom.

Through his teaching, guided meditations and answers to our questions, Lama Sonam will show us how the seven branches—view, thought, speech, action, livelihood, effort and mindfulness are to be developed as a support for the eighth branch, which is meditative concentration or mental calm.

With his characteristic kindness, Lama Sonam Rabgye benefits us from his wisdom based on intensive practice of meditation, knowledge of the Dharma through his traditional philosophical and monastic training, and his experience of living in the West. He will teach online from the Kamalashila Buddhist Center where he lives in Germany.

Pre-registration and prepayment ($40) are required before January 20. To register, please send your name and email address to centre@rigpedorjemontreal.org. You can pay by Interact, PayPal, or check.

You will receive an email with the Zoom link on January 21.

Lama Sonam’s Bio: Lama Sonam Rabgye is an “Acharya,” that is to say, professor of Buddhist philosophy. He was born in the Nepalese province of Manang, bordering Tibet. Being a disciple of the 3rd Jamgon Kongtrul Rinpoche, he studied Buddhist philosophy at Karma Shri Nalanda Institute in Rumtek Monastery in Sikkim, India. He then followed a three-year course of study at the Karma Lekshé Ling Institute in Kathmandu, Nepal. He did his first traditional three-year retreat at Pullahari Monastery, seat of H. E. Jamgon Kongtrul Rinpoche. In 2012, Lama Sonam returned to do a further two years of meditation retreat at Pullahari Monastery. He has resided for more than fifteen years at the Kamalashila Centre in Langenfeld, Germany. 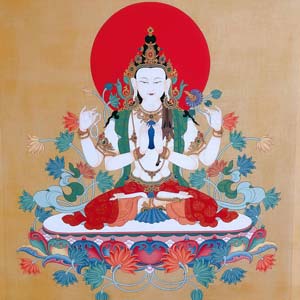 Chenrezik sadhana,
a practice of loving kindness and compassion. 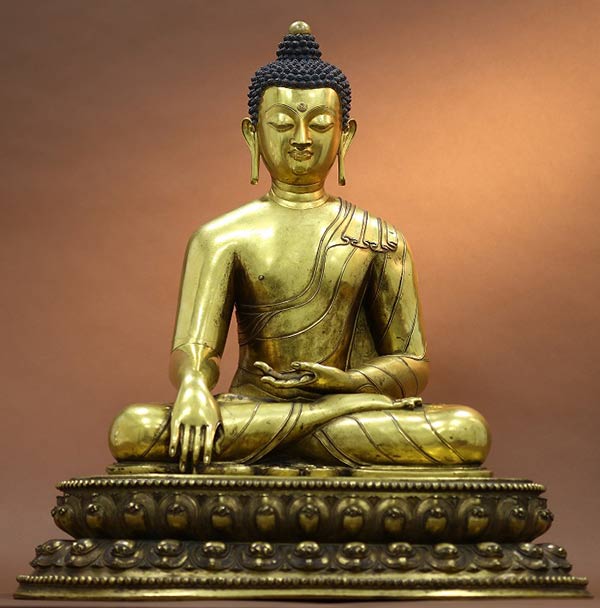 Teachings by Acharya Choying Gyurmey, followed by a Q/A period on this practice. 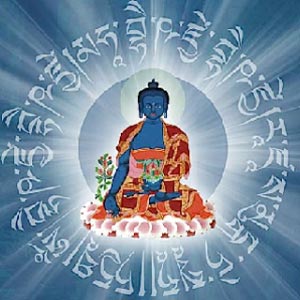 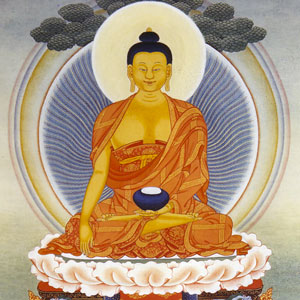 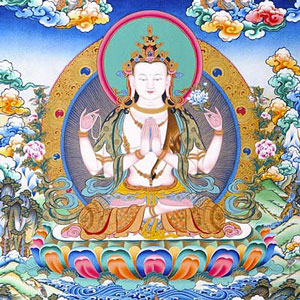 The Chenrezik retreat, scheduled for Jan. 29 & 30 will be rescheduled later in February. 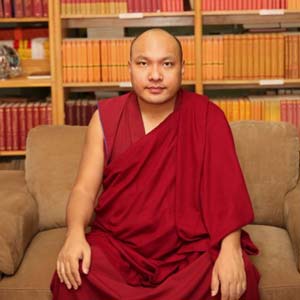 Thirty Verses, a brief poetic treatise by the Indian Buddhist monk Vasubhandu, presents how the different levels of consciousness evolve out of the storehouse consciousness (ālaya-vijñāna) and how afflictions, arising in consciousness like ocean waves, are brought to an end through meditation. Vasubhandu’s analysis aims to prepare one for meditational insight.

You can join the entire program by Live Stream on either:

We, the Rigpe Dorje Centre, will replace our scheduled program in order to share these teachings by Zoom on Saturday and Sunday, January 29 & 30 and on Saturday February 5, so that our sangha can come together to receive these precious teachings from His Holiness.

The Chenrezik retreat, scheduled for Jan. 29 & 30 will be rescheduled later in February.